In Toll, The Dead 5e Spell you are doing point at one creature which you’ll see within a variety and also the sound of a dolorous bell fills the air around it for a selected moment. But confirm the target should succeed on a Wisdom saving throw instead take 1d8 necrotic damage. Suppose, if the target is missing any of its hit points then it instead takes 1d12 necrotic damage.

So I used to be during a Discord server last night when one among the opposite members was watching the way to do a macro up for the cantrip “Toll the Dead”. This cantrip is interesting for one reason, it’s modified by the extent of the caster AND modified if the target of the spell is already damaged or not. 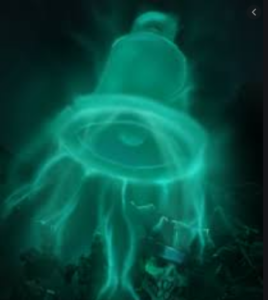 So on the proper, you’ll see the outline for the spell, with a highlight on the extent modification. It also shows the modification supported the health of the target.

Use spiritual Weapon to try to to the initial damage to pump up toll the Dead on the primary turn. On the second turn, you’ll repeat the combo, or cast other spells while using your bonus action to attack with spiritual Weapon all without concentration.

Send your small army of zombies over to grapple your targets, then drop a cloud kill on top of them. Sure, they’ll probably kill the zombies eventually, but it’ll be a significant slog to urge freed from all those grapples.

Wall of Force as a dome or wall blocking almost any enemy from going to them (except teleportation) lasts 10mins. The wizard starts casting Leomund’s Tiny Hut for 1 minute, lasts 8 hours. Within the Hut, the wizard can take a soothing minute to cast the teleportation circle. the right escape plan for a celebration of multiple casters.

First, transmute stone to mud which cuts movement speed. Then cast slow to further cut movement speed and AC. Then cast fireball for lots o damage. Best done by a gaggle so you’ll get in the maximum amount of damage as possible.

Cast conjure elemental then magic revolves around the basic you summoned and immediately break concentration and begin casting planar binding. Total casting time 1 hour and a couple of minutes and you’ve got an elemental bound for twenty-four hours (or 10 days if you employ a 6 level slot) with no need for concentration.

This three spell combo is triggered instantly. Cast a resilient sphere as a contingency spell. Make the contingency when death ward triggers. You slow fall when you’re closer to the bottom like 50-100 feet, you’ll keep blasting the enemy while you’re still within the air out of the reach of melee attacks.

You point at one creature you’ll see within range, and therefore the sound of a dolorous bell fills the air around it for a flash. The target must succeed on a Wisdom saving throw or take 1d8 necrotic damage. If the target is missing any of its hit points, it instead takes 1d12 necrotic damage.