Blade Ward may be a Cantrip and a Bonus Action cantrip means the caster cannot cast a leveled spell. Which means the caster is restricted to basic cantrips. You extend your hand and trace a sigil of warding within the air. Until the top of your next turn, you’ve got resistance against bludgeoning, piercing, and slashing damage dealt by weapon attacks.

Sure, it’s a cantrip so you can’t expect much, but still, you can’t say I’m impressed. Basically, you hand over action in one communicate to reduce the damage you’re getting to consider ONE round. Personally, I feel you’re probably happier using your action to try to some damage. 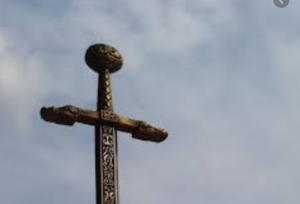 Talons, claws, bites, etc. get to bypass the resistance granted by the cantrip. It also won’t help against traps. You can’t even cast it if you’re falling to do and reduce the damage.

About the sole time, this cantrip is sensible is that if you recognize you’re close to taking very many weapon attacks beat one round (perhaps 5-10 weapons attacks) in order that there’s a high likelihood you’re getting to be hit anyways? The cantrip would allow you to reduce the damage by half from bludgeoning, piercing, and slashing attacks.

But then again, you could’ve just taken the dodge action then all those various attacks would are at an obstacle which is an approximate +5 boost to your armor class.

I’ve seen some suggestions to form this cantrip castable as a reaction, then again that turns the cantrip into something insanely overpowered; the power to at will only take half damage from bludgeoning, piercing, and slashing damage each round while also using your action during your main turn is just too powerful.

Perhaps a decent fix would be to vary the duration of the cantrip to 1 minute or three rounds or something like that? It’s just not strong enough to spend your Action casting it if the effect only lasts one round. Or make it a degree spell, therefore, the caster should make a CON save whenever he takes damage or the effect stops then weapon hit?

While these are often reasonably effective and in fact, there are ways to undertake to min-max thing. It’s keeping the caster from casting a leveled spell and anytime they are doing cast a leveled spell its open season. Plus it doesn’t affect anything by physical attacks from weapon attacks only.

you’d never cast Blade Ward as a lived spell unless it had been a Reaction, otherwise, it’s garbage for a similar reason. You cast it and none will target you, which makes it a non-elemental Absorb element.

Maybe if you retain Blade Ward a Cantrip and a Bonus Action spell have it only affect the first hit a turn, not every hit. Sadly in my opinion Blade, Ward is like True Strike hot garbage as an Action. Blade Turn is usable. It’s just that Blade Turn is most useful when the caster is getting hit tons, something most casters want to avoid. The other factor is that it’s nearly always better to kill your enemy instead of letting him keep hitting you for half damage.